Many suppliers are experiencing HUGE increases in demand and supply chain delays.  We appreciate your patience. The quickest way to get your item is to place your order now which guarantees your place in line. 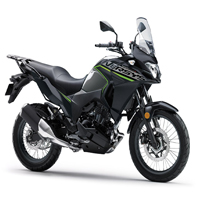 The Kawasaki Versys-X 300 ABS has a liquid cooled, 296cc DOHC parallel-twin engine mated to a 6 speed wet multi-disk clutch. The Versys-X 300 ABS is intended to be a small displacement adventure bike and was released in 2017 and in 2019 the ABS model was released, with both models still in production. There are two versions of this bike, one with ABS and one without ABS, with the ABS function being the only difference between them.

This boot goes way beyond our expectations in comfort, protection, quality and affordability!

For most efficient service, please call us to determine size availability